I remember the moment she took her last breath.

At thirteen weeks I started to bleed. It had happened before. I knew what it meant. I was prepared for the outcome, but this time it was different. My husband really wanted this baby. I didn’t want to see his disappointment. So I did something I don’t usually do. I asked for Allah to save her. In my usual supplications I would ask Allah to give me what was best for us, not for something specific. This time I was very specific. Save my baby!

So Allah did! The bleeding stopped.

At 19 weeks my husband and I were in the ultrasound, excited to see our baby for the first time. Even though the picture was unclear and we weren’t really able to make much out from what we saw there was a mixed feeling. Reserved excitement. The radiologist wasn’t saying much, she was very quiet, not giving us the usual guided tour of the baby. She appeared preoccupied. It became obvious she was worried when she called in someone else and they whispered under their breath in technical terms to keep us from understanding what they were saying. The ultimate clue was when we were ushered into an interview room and asked to wait for the doctor.

Our hearts sank as we heard the news. Our baby had spina bifida, her skull was swollen with fluids, her heart was showing abnormalities in its development and they could not find any kidneys. Essentially, she would not survive outside the womb. She was being kept alive by me.

Thoughts raced through my mind. What did this mean? Perhaps they were wrong? Maybe she will still be OK?

I wanted to hope, but further tests with more accurate equipment confirmed the findings of the first ultrasound.

They offered to abort her, end the agony here and now, but pleasing Allah was more important. My life was not at risk and there was no valid reason to abort her.

The weeks past, the doctors expected that my body would miscarry. They didn’t anticipate that she would go to term. As the appointments rolled by it became apparent we would have to prepare for her birth.

It has to be a C-Section, she was paralysed and feet down, her head swollen beyond the size of a new born. A natural birth would be too much risk. So we were booked in for 34 weeks to be sure that I didn’t go into natural labour.

I dreaded the day as it loomed. My heart wanted her to be OK. It was so uncomfortable having her inside me without any amniotic fluids to protect me from her bony legs, but the thought of her being born to die left me wanting her to stay with me, so she could live.

The morning arrived. I was in the shower preparing to head to the hospital and I felt quite uncomfortable. I squatted to see what was going on and found her little toes had pushed through the cervix. I touched her toes and felt a deep despair when she didn’t respond. Perhaps she had already passed away. Perhaps we were not going to get a chance to meet her alive?

As my husband drove me up to the hospital tears streamed down my cheeks. My baby’s dead. He’s going to be so disappointed he didn’t get to meet her. I felt responsible somehow.

We arrived. They did the first obs and found a heartbeat. She was alive. I had forgotten that she was paralysed so she couldn’t feel my touch, Alhumdu Lillah.

With the Qu’ran in the background, my husband told me stories of the Prophets (AS) while they worked away the other side of the sheet to get her out. She didn’t cry. He said the Adhan in her ear, gave her a piece of chewed date and she was taken to meet her siblings in the other room.

They each had a turn holding her. She was blue, and it was difficult to detect her breathing. She was fading away. Thoraiya became restless and it was time for everyone to leave so she was placed in my arms. As they disappeared out the door I felt her soul drift away.

The nurse came to check her obs but I knew she was gone. 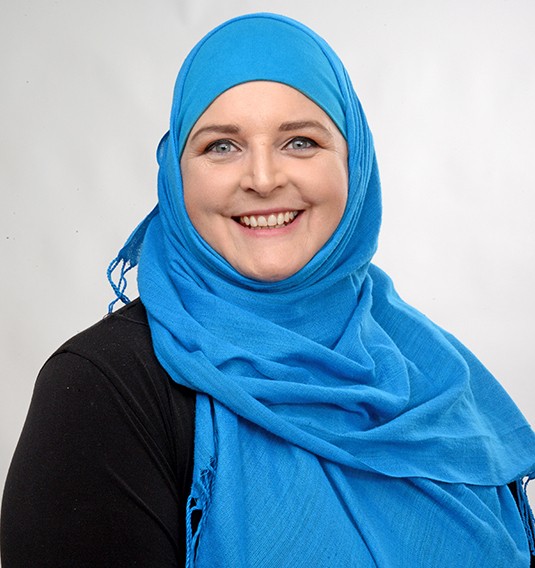